How to employ a Virtual PA!

Are you looking for some additional or top up administrative support from someone with the skills that could ultimately run your office? Call us, we can help. We have a number of highly qualified service providers that can help you run your small business or your home business.

Questions to Ask your Virtual PA or Virtual Assistant

How to use your myPA Virtual Assistant

Your Virtual Assistant is your very own secretary who is there to help you run your business and ensure that your clients are being looked after when you are not available. It is their job to make sure that your office runs smoothly and your clients know that they have someone they can talk to who understands your business. Your job is to ensure that you keep your VA updated at all times on what is going on within your business and brief them thoroughly whenever you need them to undertake a task for you. COMMUNICATION is the key to getting the best out of your myPA Virtual Assistant.

How can you communicate with your myPA Virtual PA or Virtual Assistant?

The working relationship of your VA depends on how you communicate with them. In today's modern technological age we use all of the available methods of communication. 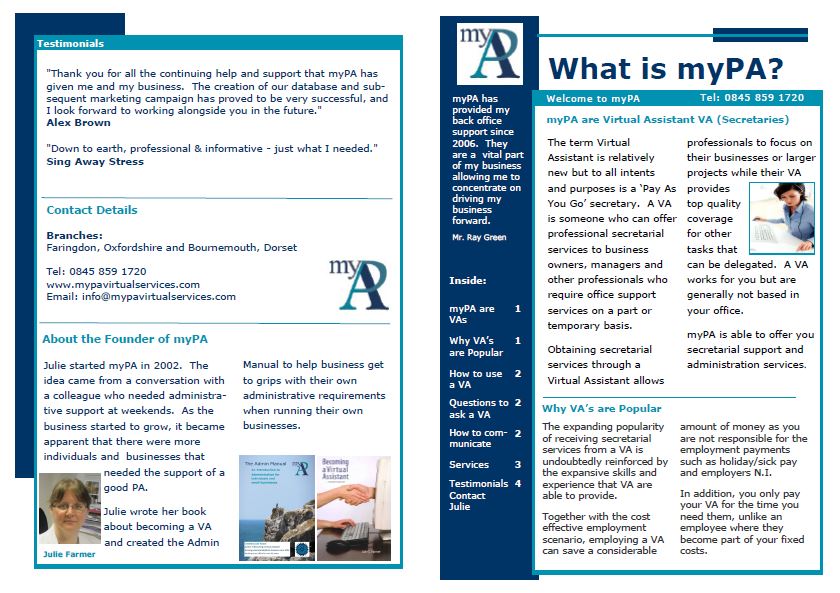 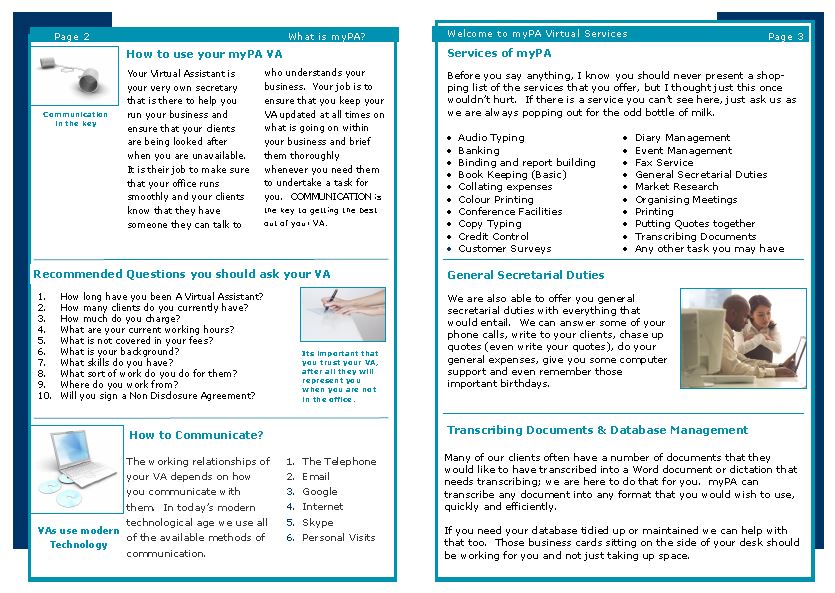 Paul has been running his own business for six years. He provides Plumbing Services to private and commercial properties and he needs to be in constant contact with his customers and suppliers.

Paul was finding it difficult to keep in touch with some of his customers especially when he was in a meeting or out networking. He was also finding it difficult to ensure that his quotes for new business and for suppliers were being sent out in a timely manner and then followed up. In addition he found that he would spend time in the evenings and weekends catching up on his paperwork which upset his wife who had just had her second child.

Our Virtual PA, Julie has been successful in assisting Paul in reducing his workload, enabling him to spend more time with his family. In fact he was at home to see his daughters first steps.